Social Influencers: A Sneak Peek Into Their Commercial Dealings 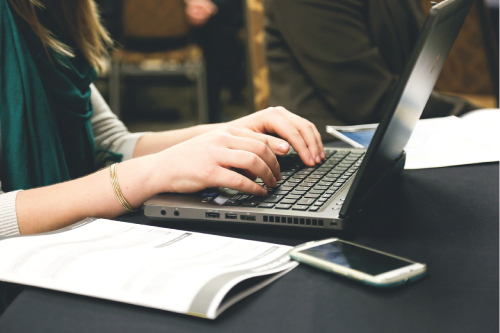 Social Influencers: A Sneak Peek Into Their Commercial Dealings

Michael Gagliano once said that “Technology makes what was once impossible, possible. The design makes it real” Look around us, we are no longer living in the age where you have to be celebrities in order to be an ambassador or spokesperson. It is no longer the age where we must start our car, drive all the way to the market or mall to buy our necessities. We are living in the age where everything is online and easily accessible. Social media platforms like Instagram is being actively use as a virtual mall.  Business people are now keen to promote their products and services through the generations of social influencers who are passionate, enjoys interacting, sharing and has a wide base followers in social media.

As a consumer and an avid social media user, there were times where we wonder how the social media influencers like Instafamous are hired by advertisers or businessman to promote their product. Whether there is a contract involves? How does the payment work? Taking into a sneak peek into their commercial dealings, it is to be understood that there are two types of social influencer. The first category is the “Independent Social Influencers”. They are people with wide followers or fan base, but they are not under any agency or represent by any agent. On the other hand, in contrast with the independent social influencer, some of the well-paid social influencers in Malaysia are being handled by entertainment agencies like Xeno.

Although it is true that a written contract does not exists between independent social influencers and their client, it is to be noted that written contract is not the sole marker to prove the existence of commercial dealings between the parties. There are 4 basic elements to a valid contract which are offer, acceptance, consideration, and intention to create legal relations. Usually, independent social influencers never see their client or prospecting client face to face. The interactions between these parties are purely online and no physical meetings. Therefore, all the “online conversations”, payment receipt, postage slips must be kept and recorded to prove that all the elements of contract mentioned above exists.

Therefore, in quoting one of the evergreen phrase which is, “Prevention is better than cure, it is best to have one good contract that could be reuse many times in future as a shield against any possible allegations that could be face by an independent social influencers.

Our partner, Nik Erman Nik Roseli had the opportun

Your business agreements and procedures needs to b

A football club cannot reduce or deduct the salary

No matter how established, big or influencial the

Alhamdullilah. Once again, I am honored to be in s